When this affiliate of J.T. Magen & Company Inc. opened an office in Los Angeles, it quickly made the list of California’s top construction companies.

JTM Construction Group Inc. expanded service in the State of California nearly a decade ago, capitalizing on the demand from J.T. Magen clients in other cities that wanted to build projects in Los Angeles and Northern California.

By offering the same level of expertise and services that J.T. Magen is renowned for, the team landed contracts for projects in a variety of industries. The current office is based in Los Angeles.

In the retail sector, projects include Foot Locker Hollywood, Jumpman LA, many Microsoft stores in the region, and Tiffany & Co. and adidas in Century City. Corporate interiors were completed in the SunAmerica Center for Cindat Capital Management and Media Assembly. The team has built numerous new-build data centers in the Silicon Valley and agribusiness facilities in Northern California.

Building on success, JTM Construction Group Inc. was ranked for the first time by Engineering News-Record in 2019, and landed among California’s top construction companies at #54. That’s impressive considering that California is the fifth largest economy in the world.

Watch the building of this Silicon Valley data center in a start-to-finish time lapse. 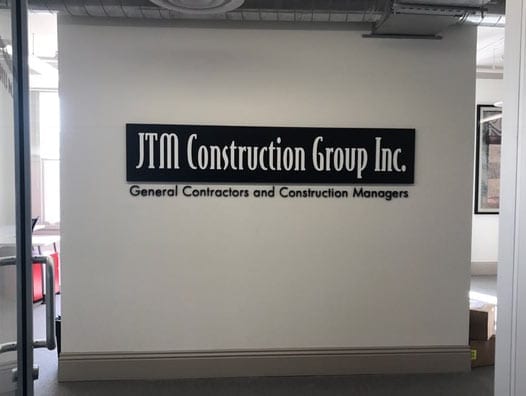 Entering the Los Angeles construction market made sense for J.T. Magen, as the company has an impressive track record in retail fit-outs, corporate interiors, data centers and more, with award-winning project delivery. Companies recognize the value we bring to the table. The expansion was an immediate success.”

“I love the double-height space with giant LED screens that can be seen from the street through the glass façade – it looks incredible at night,” says Jonathan Holloway, JTM Construction Group Inc.
Read more →