“Gensler’s design was unique for retail, and the execution of the design intent was first class,” says Trevor Willis, J.T. Magen project manager. The experiential retail concept has a running track to test running shoes, and a consumer testing area for soccer shoes and cleats. 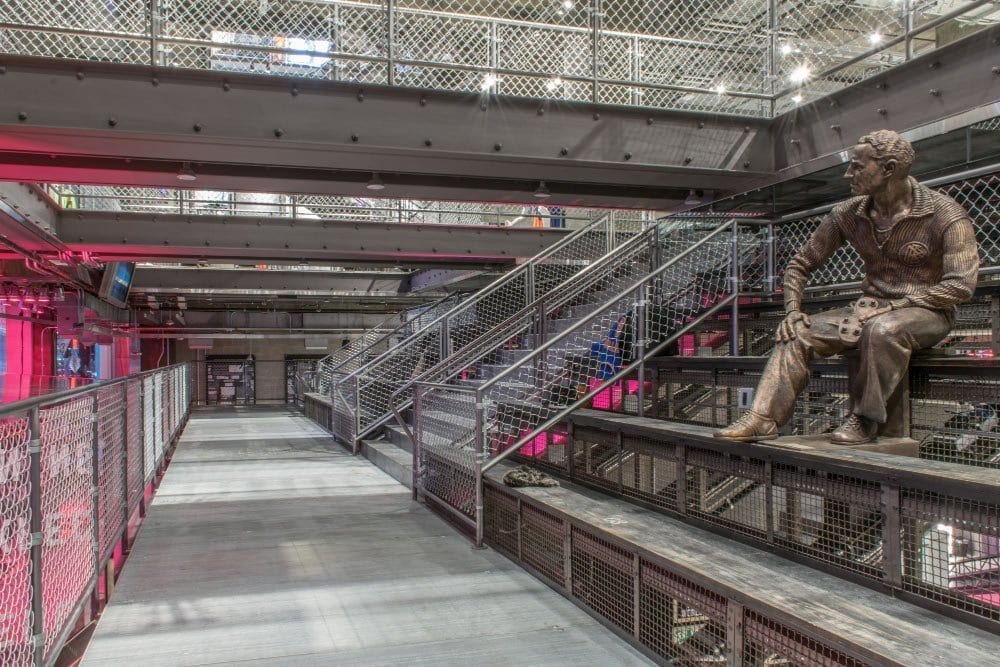 One of the biggest construction challenges was elevator installation, says Willis. The concrete shafts were cast in place, and the custom finish on the concrete was integral to the pour. The concrete was meant to have an old form-board texture, so custom forms and templates were employed in a complicated process, he explained.

Since the bleacher structure was so substantial, J.T. Magen had to install a steel substructure in the floor covered with concrete to support it. There were also openings in the floor slabs on upper floors to cut, industrial lighting and conduits to install, and concrete floors to polish over the four floors of the project.

“Adidas invested so much faith in us. It was hugely satisfying to turn over the project on time. The client was ecstatic. We got the nod to build the adidas stores in Portland and Los Angeles as a result,” Willis says. J.T. Magen also built the adidas stores in Chicago and at 610 Broadway in New York City. 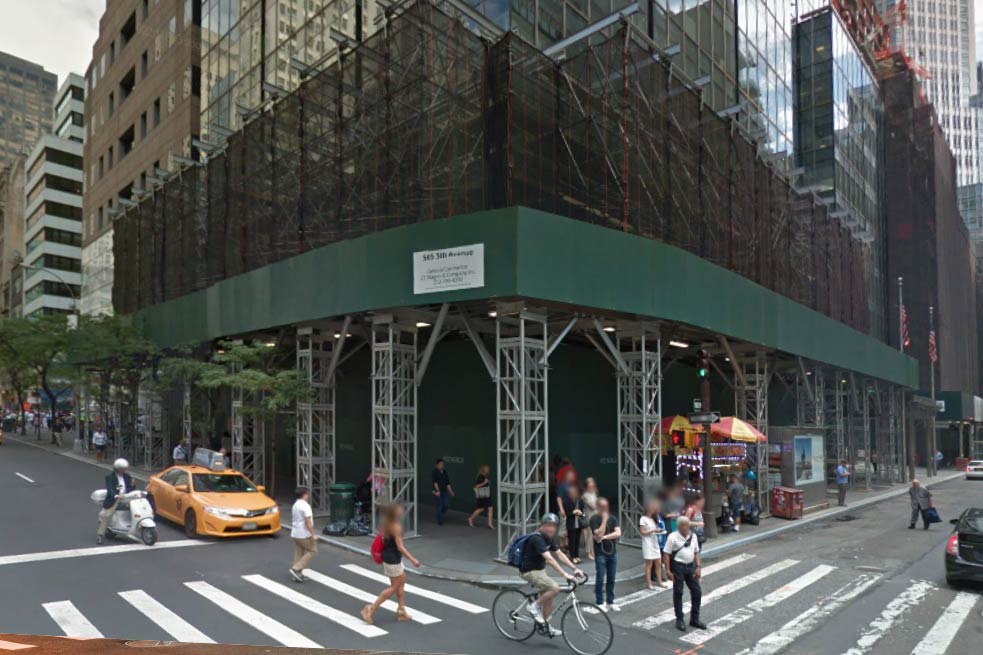 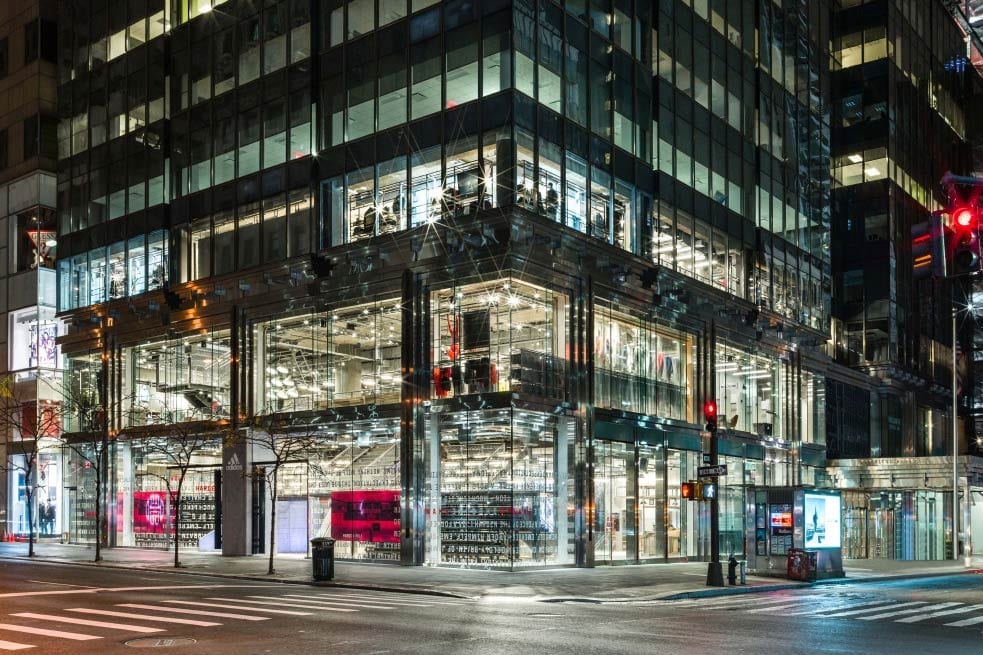